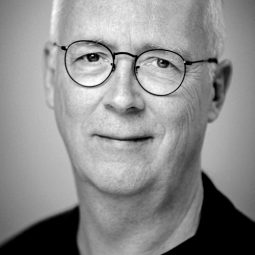 Peder Karlsson studied classical composition, arranging and guitar at The Royal Academy of Music in Stockholm, Sweden, from 1984, and graduated in 1989 with a post-graduate Diploma in vocal group performance.

Since January 2015, Peder teaches choir leadership in rhythmic music at Royal Academy of Music in Aalborg, Denmark, since January 2016 with the title ”Honorary Professor”.