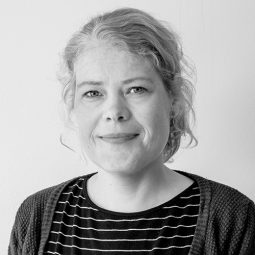 Malene Rigtrup is one of the main teachers of (Rhythmic) Vocal Leadership and Vocal Arrangements both in the department in Aarhus and in Aalborg (RAMA Vocal Center). She has been a teacher at The Royal Academy of Music since 2002.

As a vocal arranger Malene has written music to several vocal groups and choirs all over Europe, including Rajaton, Vocal Line, Vox11 and Bonner Jazzchor. She has published arrangements on for example www.musikalspezial.de (Germany) and www.chorusonline.com (the Netherlands). Malene has furthermore, together with Morten Kjær and Ørehænger, published books about choir methodology and various books of sheet music.

Malene has during the last 15 years done workshops for choirs and choir leaders all over Europe. She was in 10 years a singer and co-leader of Vocal Line. As a singer and songwriter, she has published the EP Not Later Love with her own songs.

Malene has, since 2002, been a teacher at The Music School of Aarhus. Here she teaches solo singing and is the conductor of the elite girl’s choir Maestra.