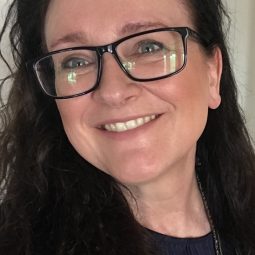 Bebiane Bøje, associate professor, pop/jazz departement of The royal Academy of Music in Aarhus (RAMA). Internationally recognized within the singing society with students and collaborators from many countries. Bebiane has extensive experience as a performing and recording artist, educator and soloist in festivals and conferences both nationally and internationally.

Bebianes work in DJM is driven by the joy of seeing students release their artistic potential. In her pedagogic work, as well as in her creativity based artistic work, the core itself is an immedeate and deliberate approach to singing and playing with others. From the childhood in small town Qaqortoq, Southgreenland, to culture capitol Aarhus. She is passionate about educating and creating healthy, strong voices for artists to express themselves with freedom and without obstructive tension.

Through her work, in research, masterclasses, workshops and concerts, she is succesfully creating strong, free voices that are able to support artists in their creative and performative carriers.
Bebiane builds her teaching on her own research, supplemented by relevant source material, and a personally active artistic profile.

Albums, performances, shows and other features

Masterclasses and workshops (a selection)

‘Vocal Teacher Terminology’ An international survey and publication on the terminology used by vocal teachers in Conservatories and Universities in many countries around the world, 2013/14
The survey is undertaken in coorporation with associate professor Anders Ørsager, RMC, Cph, ENT Julian McGlashan, UK, Cathrine Sadolin, DK og Henrik Kjelin, DK

Research presented at the following conferences:

’Design and leadership of creativity based process’, University of Aarhus, Dep of Communication and culture, 2011