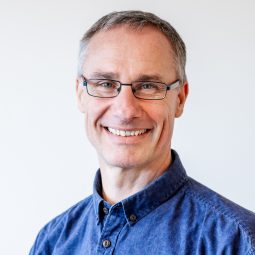 Robert Vinther has a degree in vocal and pedagogical studies from RAMA, 1997, as well as a Bachelor’s degree in music science from Aarhus University. Immediately after his studies, Robert began teaching music drama at RAMA and has since directed several in-house opera productions. He is now working full-time as Head of Studies for the classical department.
For numerous years, Robert was employed as a soloist, choir singer and director at the Royal Danish Opera.