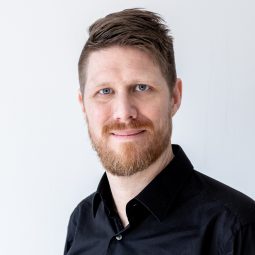 Danish percussion artist Henrik Knarborg Larsen has performed as a soloist and chamber-musician all over Scandinavia, Europe, USA and Asia. He is Head of Percussion at the Royal Academy of Music Aarhus/Aalborg, where he has re-build the percussion education, based on modern principles that encompass interpretation theory, practice strategy and body and mind awareness inspired by the Japanese martial art Ki-Aikido.

He has taught students about his principles at masterclasses around the world, including institutions such as Juilliard School of Music -New York, Sibelius Academy – Finland and Conservatorium van Amsterdam.

In Paris 2007 he premiered the solo show “Les sons de l’art” – a combined theatre and contemporary music performance. In 2014 he acquired the position as percussionist at Århus Sinfonietta, the oldest and most prestigious contemporary music ensemble in Denmark.

In 2015 he released a new approach to performance videos, and a artistic research article of Simon Steen-Andersen’s “Split Point” written for him, and he played this work solo at the prestigious opening concert of PASIC (the worlds largest percussion festival) in 2016.

The Danish Arts Counsil supports him 2017-2019 in a large scale Artistic Research project including research on his Ki-Aikido methods and special video recordings of some of the masterpieces in the percussion litterature.

“My wish is to make music a larger part of society and help people to start being more creative and listening in their life. My teacher in Freiburg Bernhard Wulff said that if we could make society work like a good chamber music group we would all be more happy.”